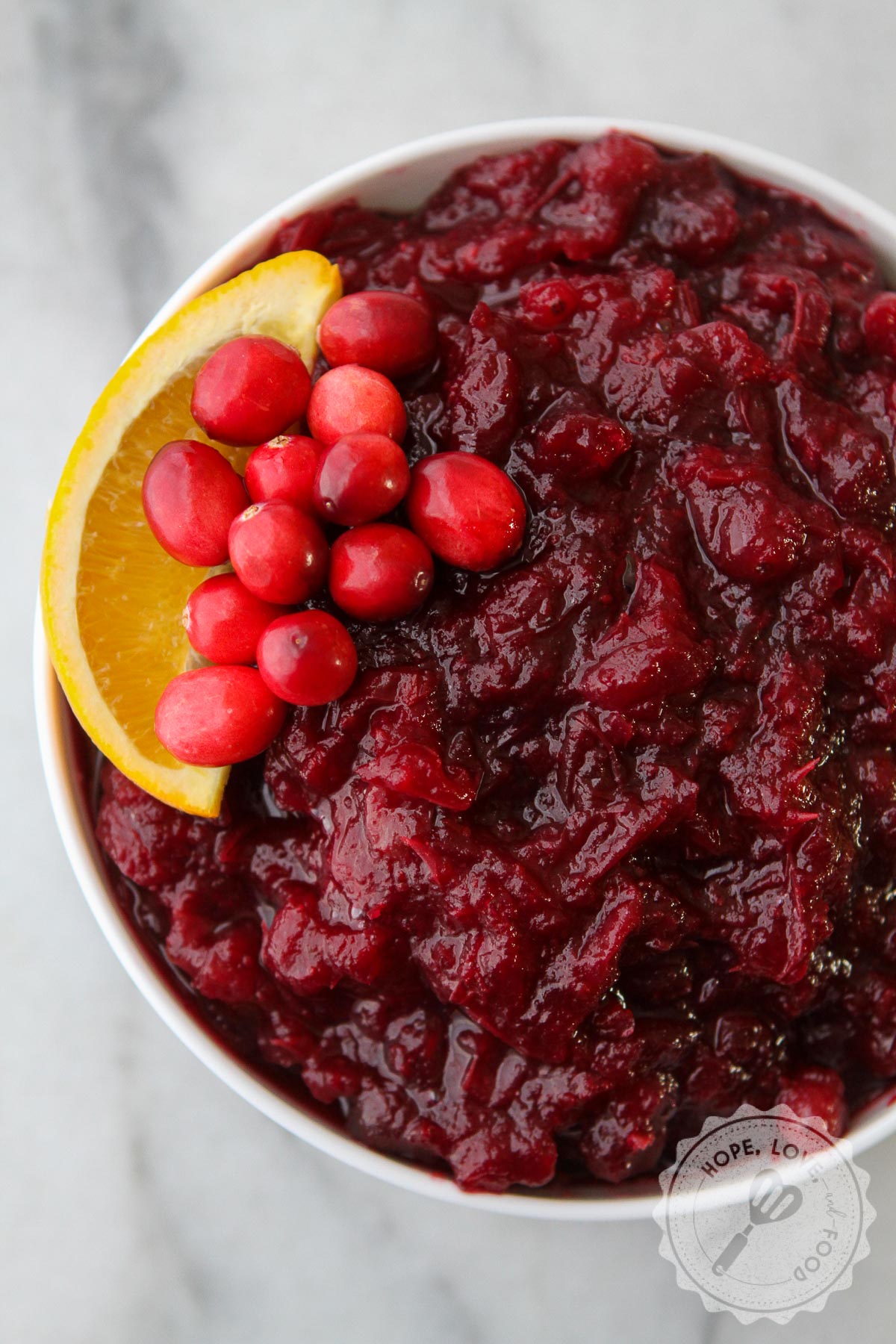 In the past, I stood at the oven cooking the cranberries, and while it never takes long, using the Instant Pot allowed me to walk away and focus on other things. It is a kitchen shortcut I will use again next year! And because cranberry sauce freezes well, this is a great recipe to make ahead for the holidays.

I love the flavor combination of cranberry and pomegranate, and I think it really adds something to the cranberry sauce, but I have also included notes on omitting it for a more traditional sauce too.

I used two pounds of cranberries and it didn’t even reach the two-thirds max line on the Instant Pot! This recipe uses two tablespoons of orange zest, but if you don’t feel like zesting the orange you can include a few strips of orange zest instead and then spoon them out at the end. I like the balance between the sweet and the tart, so there is only one cup of sugar in this sauce; however, if you like a sweet cranberry sauce you will want to increase the sugar by a half a cup or to your preference.

The pomegranate is best added as juice. I won’t mention any names (it’s me), but I did perform a test using pomegranate seeds, and I felt the texture was too crunchy for the sauce. The pomegranate juice gives the sauce a taste of pomegranate while maintaining the traditional texture of cranberry sauce.

Cinnamon was omitted in this recipe because I feel that the cinnamon overpowers the flavor of the fresh cranberries. Finally, when you open the lid to the Instant Pot (after it has naturally released), you may think it didn’t work because it will look like all of the cranberries are mostly the same. Give it a gentle stir (about five times), and you’ll see that it has turned out perfectly!

Looking for other great recipes? Try the Apple Pie, Maple-Apple Blondies, and the Cranberry and Rosemary Bread!

This site uses Akismet to reduce spam. Learn how your comment data is processed.